Skip to content
We all (or almost) lived the painful experience of a breakup at least once in our life. But what are the causes of separation? An expert in psychology has looked into the matter.

“Love stories end badly, in general”. This sentence from the song of Rita Mitsouko became cult is unfortunately glaring truth. In France, almost 45% of marriages indeed end in divorce. Eli Finkel, professor of social psychology at Northwestern University in Illinois (United States), tried to determine the main causes that lead couples to separate.

For the expert, the great evil of romantic relationships comes down to one word: idealism. When it comes to love, we tend to be overly idealistic and have too high expectations of our partner. A tendency which, according to this professor in psychology, would have been amplified during these last decades. “We tend to rely on our partner and demand that he make us sensitive, ambitious and attractive. This puts too much pressure on the relationship and ultimately disappoint one partner, or both”, had explained Professor Finkel to the siteThe Atlantic , during the promotion of his bookThe All-Of-Nothing Marriage .

However, nothing to be ashamed of expecting less from your partner, reassures Professor Finkel. The latter explains that the secret of a successful union lies first in the fact of lowering his requirements and nurturing realistic expectations vis-à-vis his partner. The expert advises giving priority to moments of two by choosing an entertaining activity that appeals to both people. He also recommends that couples communicate from the start about their mutual expectations.

Professor Finkel’s theories are based in part on the results of a recent study published in The Journal of Social and Personal Relationships. The experiment requested the participation of 296 young couples. The researchers found that the participants who felt that they were not satisfied with their relationship, were also those whose romantic aspirations did not correspond to what they actually lived within their couple. The study also found that these unsatisfied lovers were more reluctant to get involved in their relationship and more likely to consider another story or cheat on their partner.

2013 survey lists 10 most common grounds for divorce. Unsurprisingly, the first of these concerned infidelity (39%), followed by the partner’s selfishness (22%). The temperament came in 3rd position (14%). 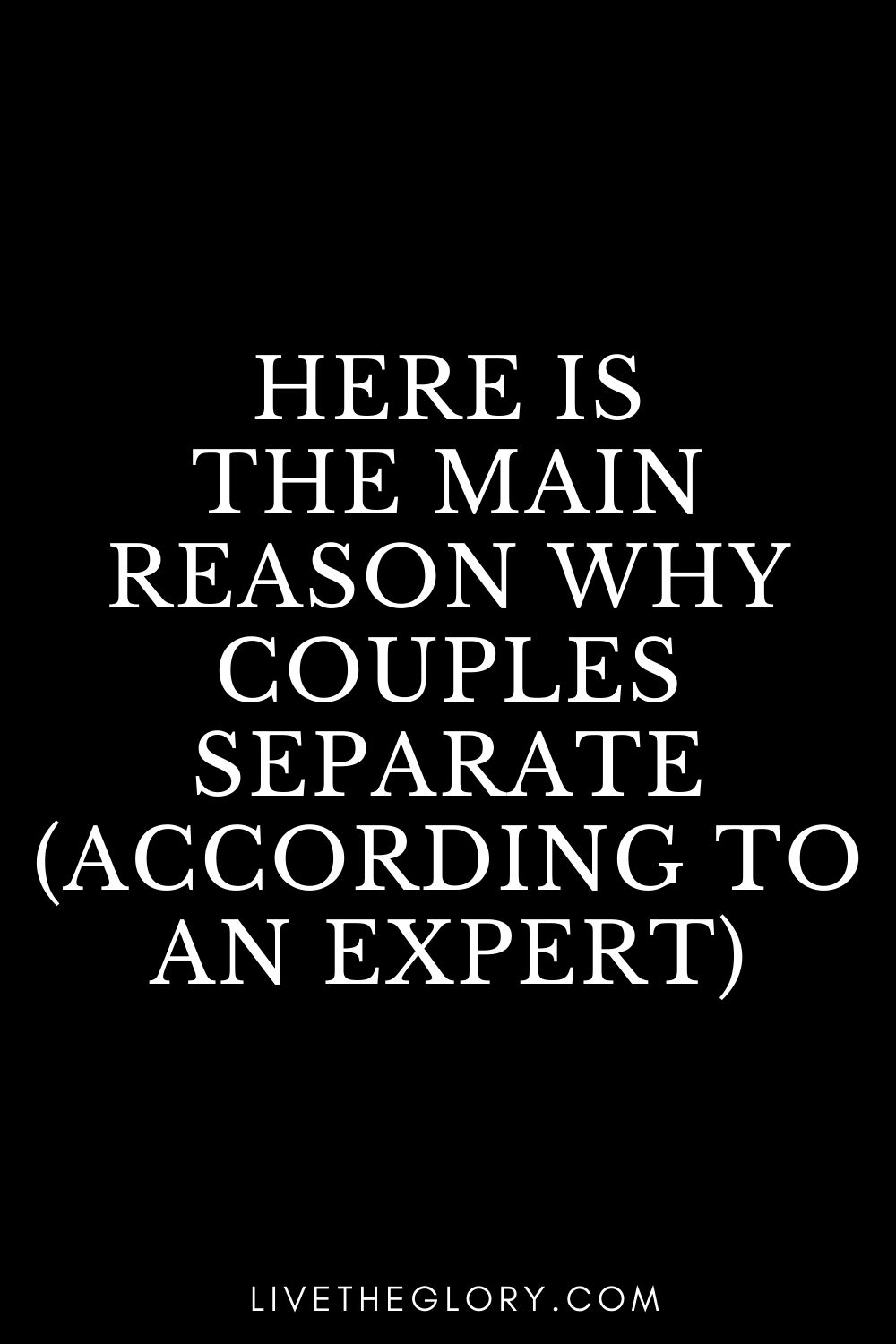