An anxious person tends to assume that everyone ends up leaving. So much so that sometimes she ruins her relationship herself. Truth be told, anxious people fight everything they can’t control and are deeply anxious when it comes to romantic relationships. They know it’s difficult and they don’t want you to end up carrying the burden of their irrational thoughts and worries. So they repel you before you have the opportunity to leave.

But remember, they deserve you to fight.

It can sometimes be difficult. There may be arguments over scenarios they have imagined in their heads. But most of all, they deserve you to fight. The strongest people are not always what we think. And if you can win alongside them, you will be rewarded a thousand times.

The expression “it’s okay” is never used too much.

These are two words. Two words that stop all the thoughts that run in their head. Honestly, we can’t say it enough.

They will replay situations in their heads. They will draw conclusions very quickly and most of the time, you will not even be aware of them. The best you can do is wander among their digressions. Even if there is no solution or if it is a concern about a future project, being listened to is always good.

Do not tell them that they are “overreacting.”

For you, it may be irrational. But for them, whatever topic they open up to you for, it’s really something that keeps them from sleeping at night. So do the best you can.

They will probably have trouble sleeping at night.

Whether it takes time before they fall asleep or they fail at all, you will wake up and find them lying and awake. Press against them and the comfort of your presence may be enough to make them sleep again.

Remember that it is not that they do not trust you but that they are afraid.

You say “ex” and in their head they think infidelity. You say “friend” and in their head, someone is trying to separate you. It is not in you or in your couple that they do not trust, it is each of the worst scenarios that they instinctively imagine and the fact that they hate each other for that.

Responding to messages on time is much more helpful than you might think.

You have probably noticed that they respond very quickly and that everyone is not like them but the understanding of others helps them enormously. Whether you say “I can’t talk to you right now, I’m writing to you later” helps. Silence kills anxious people. It makes them think of problems that don’t really exist. And it ends with unnecessary excuses. And it adds an extra layer of stress to this life over which they would so much like to have control.

Don’t be angry if they send you two messages in a row.

You may turn on your phone to discover 4 messages. Remember, they’re not trying to be as boring as possible. They care about you. They care too much about you and they know it makes you feel bad about them.

Sometimes they just don’t want to go out.

They may cancel at the last minute or get stuck in the middle of an evening and be unable to continue. If they share with you their need to leave, do not feel guilty or have to accompany them. Just know that they tried and that for some reason they failed to cope. There are many triggers for anxiety, but for many parties they don’t know anyone, it usually ends in one of two ways: they are calm and a little weird or you find yourself wearing them because they have chosen to allay their concerns with vodka.

Accept their apologies, even if you don’t understand them.

Whether it’s an evening gone wrong, a batch of three messages, the fact of having said or done the wrong thing, they are real observers. They will spot the slightest change in you and before you even realize it, they will be upset and apologize.

They may have experienced 10 depressions, have cashed more than they can, they will never admit their inability to manage something. They will always say yes. They will never repack someone. And in those moments when you will feel like they are about to collapse and crack, just hug them. Help them if you can, but be aware that they tend not to ask for help. They used to face their demons alone.

Once they have gained their trust, they will love you incredibly strongly.

While an unfinished list, a failed project, or an unanswered message can completely overwhelm someone anxious , if there is one thing they are good at, it is love. . If there is one thing in which they are strong, it is their ability to show you their adoration and recognition. It may take time for them to trust you, but once they get there, their ability to love will fill gaps and fill gaps that you didn’t even know existed. 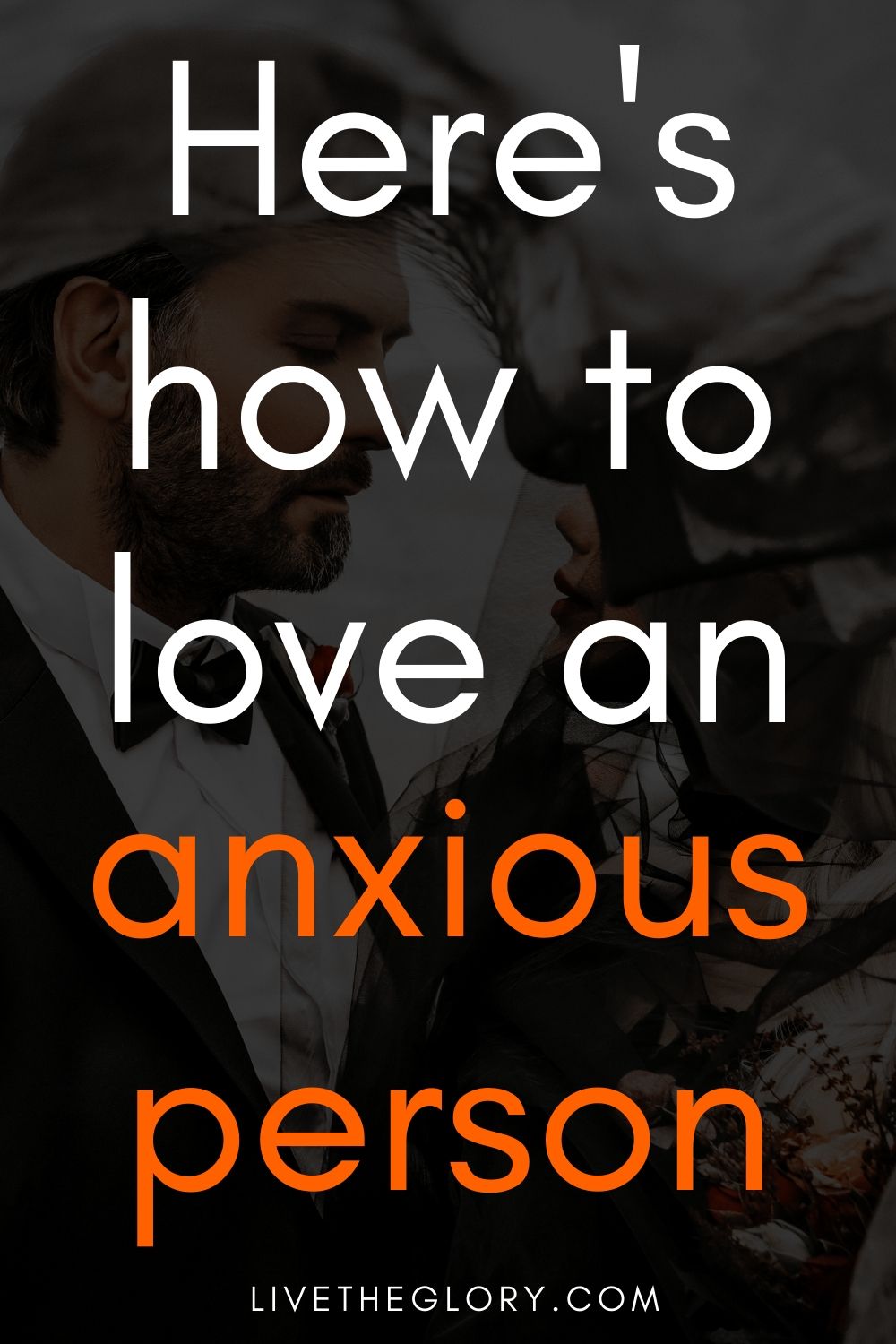