What do men want? What are men looking for, basically? All my friends ask this question when they seek the qualities to seduce a man.

If it is true that THE men are a large group, and that not all of them are exactly the same, it is often the same feminine qualities that make men crack! I immediately reveal the 5 most important qualities to seduce a man! To make it easier for you to read, I have classified them in order of importance …

# 1 Men seek… an artistic side in women

Freedom. The rebel side. This is what attracts us all among the actors, among the musicians, among the artists in general. The men, yours, the man of your dreams, were often raised by probably strict parents, with a very specific role in mind for this son. The heir. The engineer. The lawyer. The doctor. The gendarme. The one who would make a “profession of man”, a “serious profession”.

Result: many men cut their artistic fiber and are happy to find this joie de vivre, this creativity, this carefreeness in women.

So, dear friend, I can only encourage you to sing, dance, draw: let the artist speak in you, whatever the form of your art. The man in front of you will be touched and moved by this freedom, by this ying of freedom which will complete his yang of constraint …

It seems that we are more sensitive to our hormones than men and that our moods often change … We know you and me that it’s true, even if we don’t like to admit it 🙂

For a man, a woman who reacts badly when she is angry, it can cool him down. A woman who becomes hysterical, as they like to portray us, that makes them flee: it is not a good quality to make a man crack. Some women will probably tell you that sometimes you have to argue, that you have to fear you.

Not at all. He must be able to read you, understand you.

A man falls in love and becomes attached when he knows who he is dealing with. But if he falls in front of a “fury”, a “hysteric” who fucks the lead, and blows hot and cold when she is angry, he risks fleeing…

Listening to your emotions is good, but to think that he understands them… is a mistake! Men are (REALLY) not soothsayers: you need to TELL things, to verbalize them.

For example, if you feel bad one night when you have to go to a restaurant, tell them. He will not necessarily understand for himself why you want to cancel. The mystery was good when we were 15 years old. Now: to seduce, we com-mu-ni-cate!

Have you ever heard men talking to each other? It’s often raw, sometimes gory, and if there is one kind of woman they like to complain about, it’s liars. Men hate nothing more than dishonest women, those who do not speak their minds.

The man you want to seduce has probably already come across:

So you understand that honesty is valued in men. It is really a quality that can make a man crack because it makes his life simple: he can decipher your feelings more easily, and allow himself to have them also more easily.

If you are like all of us, you have probably encountered a man who has trouble getting involved, who does not really know what he wants. After years of studying my favorite subject, men, I can certify that often they do not know themselves what they want, apart from the fact that they are left alone…

Nothing is more restrictive for them than a woman who presses them, who wants to go too fast, especially at the beginning. They are afraid of meeting your friends, they are afraid of the first weekend between lovers, who “hires” them too much… and I’m not talking about the first meeting with parents or children (for the mothers among us).

My advice? It seems that it is the greatest virtue in life, and it is even more so with men: cultivate patience!

It is a quality to seduce even the most withdrawn men!

# 5 The ultimate class: the character trait that will make you irresistible in the eyes of men

But most of all, what will rock a man is your ability to forgive him for his mistakes, to be understanding.

A woman who has a class in the eyes of a man, it is not a question of clothes or haircut. It is a question of the state of mind. Men often see life as a game. Sometimes we win, sometimes we lose. And in this great game, there are those who play like gentlemen, and the vicious, the bad losers, the cheaters.

Warning! I obviously do not tell you to accept everything or to forgive everything! That was valid for our grandmothers and our mothers sometimes … but more acceptable for us! This quality that I ask you to develop is empathy, and even more: forgiveness. Your man will make mistakes, just like you do in life. Elegance is knowing how to move forward, to turn the page, and not always accuse people in these situations where they need support. 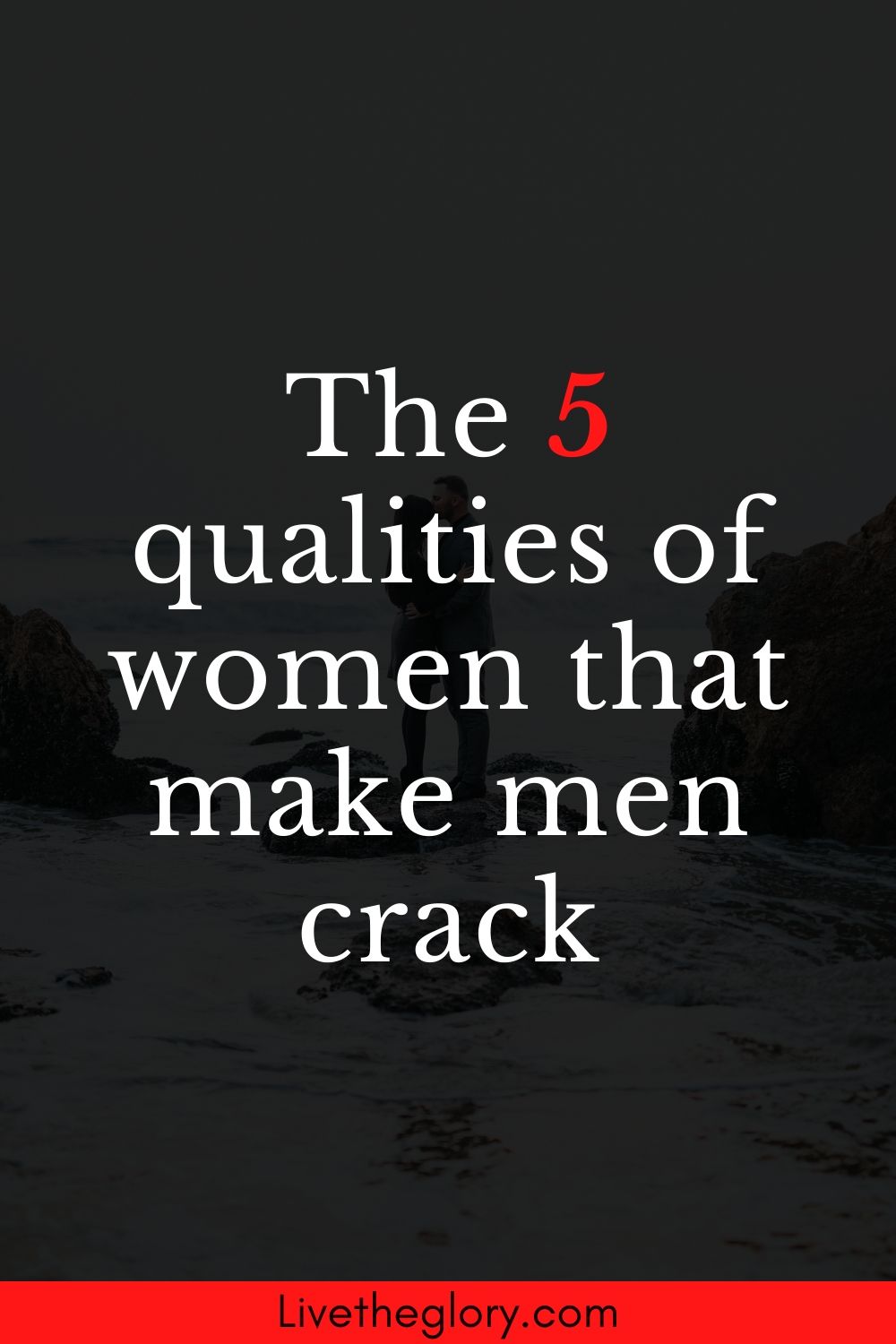