Even if the marriage is supposed to last a lifetime, this is unfortunately not always the case. Indeed, even if the two partners are madly in love and claim loud and clear that they cannot live without each other, the weight of responsibilities as well as the difficulties of daily life stifle their love and make their efforts abort to preserve their relationship and stay together. Result: divorce. To find out if your relationship is doomed to fail, here are 10 hidden signs that can help you find out. 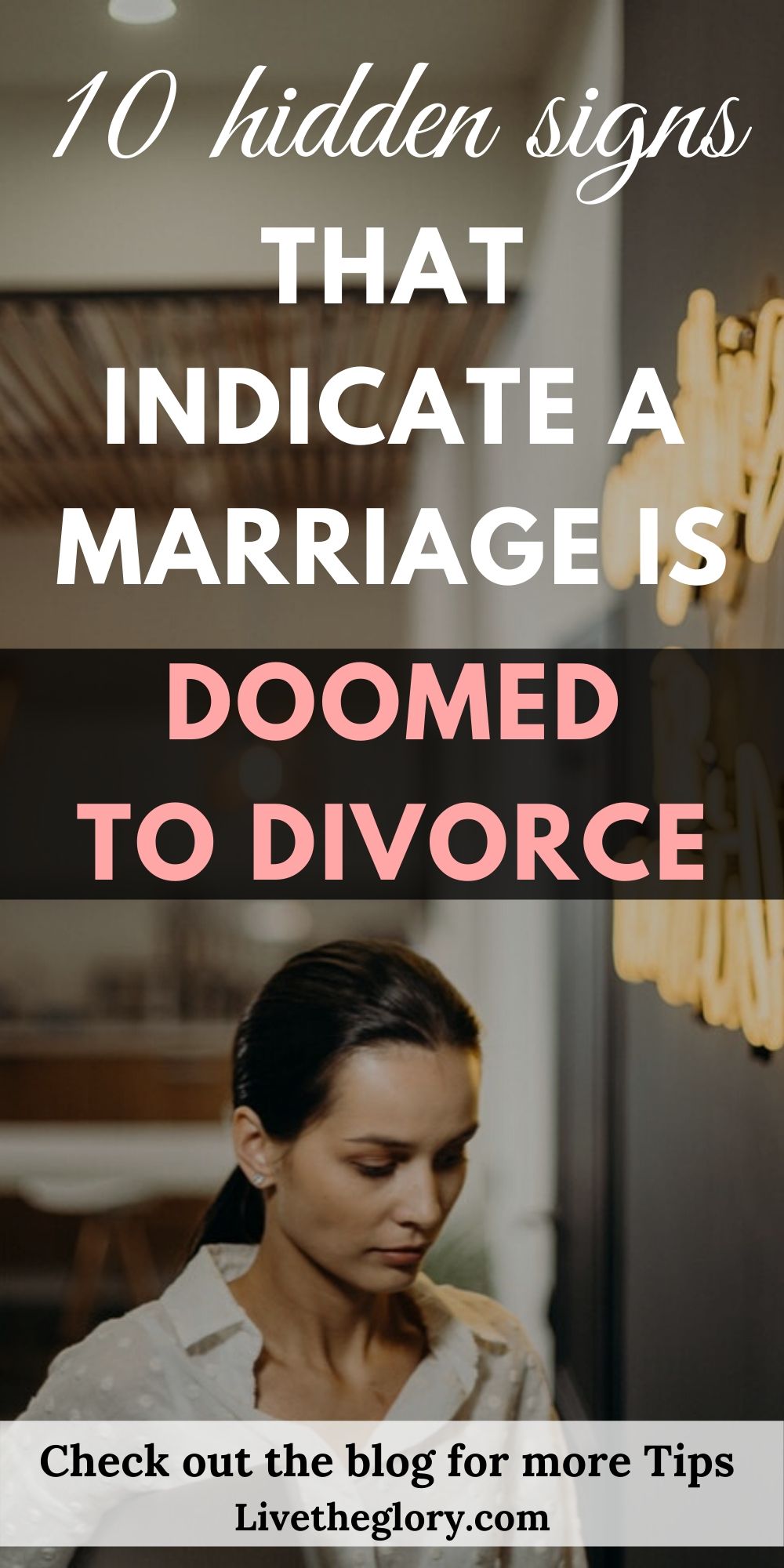 10 hidden signs that indicate your marriage may end in divorce:

According to a study by the Department of Psychology at the University of California at Los Angeles, pre-marital doubts influence the risks of divorce after 4 years of marriage. According to results published in the Journal of Family Psychology, when it is the woman who doubts her choice, the risks of divorce increase considerably, while the doubts felt by the man have no impact on the stability of life married.

2 – Getting married very young or after 32

According to Dr. Rachel Sussman, registered psychotherapist and relationship expert, getting married at a young age increases the risk of divorce, because in 10 or 15 years, the partners’ personalities and their outlook on life will change. However, this does not mean that we have to wait a long time. A study by the University of Uttah, from 32 years, the divorce risk increased by 5% each year.

If your parents divorced, your chances of divorcing in turn reach 40%. This is what Dan Couvrette, the editor of Divorce Magazine, says. In addition, if they have remarried, your risks increase to 91%.

According to a study published in the Journal of Consulting and Clinical Psychology, parents who have a child with attention deficit hyperactivity disorder (ADHD) have a 23% risk of divorce on the 8th birthday of their child, compared to 13% only for parents whose child does not have this disorder.

According to a British study by Dai Williams, a registered occupational psychologist and member of the British Psychological Society, the profession of the spouses influences their risk of divorce. Thus, dancers, choreographers, bartenders and physiotherapists have 40% risk, compared to nurses, carers and artists whose risk of divorce is 30%. The least at risk are agricultural engineers with only 2%.

A study by researchers at the University of Chicago and Singapore has shown that when a woman earns more than a man, the couple is less happy overall and is 50% more likely to divorce.

7 – The woman is older than her husband

Even if age has no say when it comes to love, you can’t say the same about marriage. Indeed, researchers from the Australian National University found that women one to three years older than their husbands were 53% more likely to divorce. This is due to differences of opinion regarding the desire to have a child or to the constraints linked to the power imbalance within the couple.

8 – The negative attitude of the couple

Among the main predictors of divorce is the attitude of the spouses towards each other. According to John Gottman, a researcher from the University of Washington, anger, aggressive allusions, rolling eyes and shouting are elements that considerably increase the risk of divorce for a couple. However, contempt and seeing your partner up high is what marks the death of the marriage.

Financial problems are a major source of stress and conflict within couples. Indeed, the satisfaction felt in the couple drops considerably if the couple collapses under the debts. Besides, the chances of divorce are 45% if one of the spouses tends to waste money up and down, according to a study carried out by Jeffrey Dew of Utah State University. .

10 – Only one of the spouses is a smoker

Still According to Dr. Sussman, when only one of the spouses smokes, the risks of divorce vary between 75% and 91%, compared to couples where both spouses are smokers. The reason for these high rates comes from the difference in lifestyle considered problematic.