In romantic comedies, there are always scenes that make us dream. The problem is that they are unlikely to happen in real life …

1 – The man chasing you at the airport

We argue, we tell him that we are going to the other end of the country to take stock and we slam the door, confused. And at the time of crossing the boarding gate, he comes running, shouting his love to us and begging us not to get on the plane.

Ah, the situation that makes you dream. A woman marries, out of spite, to a man, because she thinks that the one she loves does not want her. On his wedding day, he arrives at the last second and stops the wedding by telling her that he loves her …

Even make love. Like in the movie Match Point with Scarlett Johansson. A scene full of passion!

4 – The marriage proposal in a public place

It must be admitted that the marriage proposal in the middle of a press conference, a basketball game, or a shopping center, it is very unlikely to happen in real life.

5 – Our lover who fights with his rival

As in Bridget Jones, with Colin Firth and Hugh Grant who fight for their sweetheart.

After an argument, the man who takes the singer’s microphone in the middle of the bar to sing a song and declare his love in front of everyone, it makes you want.

Confess to a guy that we went out with him just for a bet and realizing that we fell in love with him, that rarely shows in real life.

9 – The guy who will do anything to seduce us

As in the movie Never Forget, with Ryan Gosling chasing the beautiful Rachel McAdams until she agrees to go out with him.

10 – The man who makes a statement to you in public

He arrives in the middle of a conference you are giving, and he tells you how crazy he is about you … 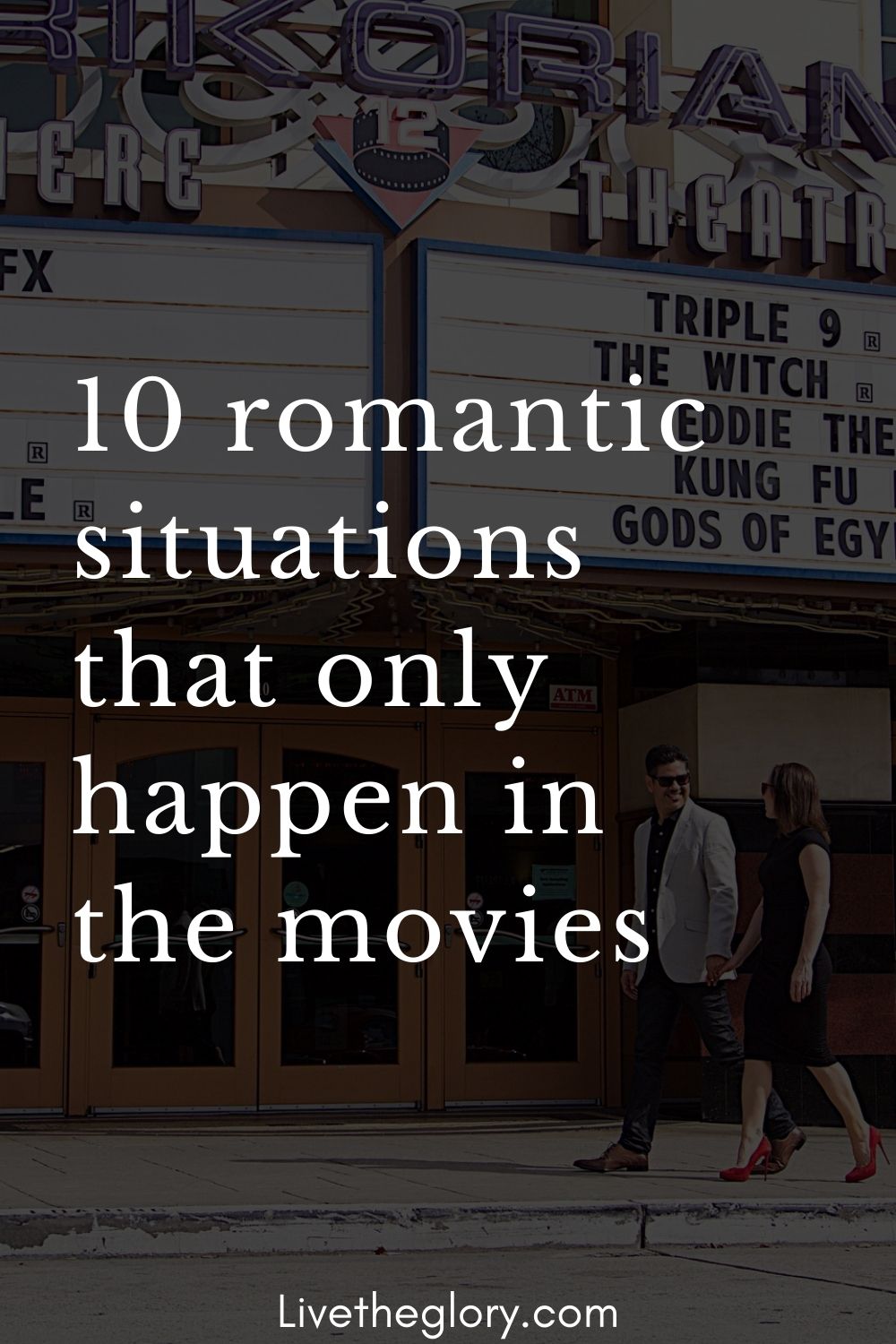