You no longer know where you are? Are you confusing love and compassion? In matters of disenchantment, there are signs that do not deceive …

1 – His presence irritates you

It’s stronger than you: as soon as you are in the same room as him, you want to leave. The less you see it, the better off you are …

2 – You don’t want him anymore

Ah, how far gone are the days when you threw yourself on him as soon as you could! Now, you push back his advances and you never want to have s**x with him again. The idea of ​​sleeping with him almost disgusts you…

Outings, dinners, weekends, trips… All of that is a bygone era. You don’t even have your meals together anymore, that’s saying a lot!

4 – You have trouble communicating

Before, you told yourself everything, without embarrassment. Today, you have limited the impression of being in front of a stranger whom you do not understand. You don’t agree on anything, you argue over trifles and you talk to each other as little as possible.

5 – you no longer give him affection

Hugs and other tender gestures are no longer part of your daily life. When he tries to touch you, you jump back.

You only dream of one thing: meeting new men, seeing how it goes elsewhere. You wonder if you wouldn’t be happier with someone else and if you had better start your life over.

7 – You have evolved differently

In the beginning, you were on the same wavelength. But the years have passed, and today you realize that you have taken different paths. You have not evolved in the same way and no longer have the same outlook on life.

8 – You are no longer jealous

In the old days, whenever he got too close to a girl or told you about his new colleague, you would panic. Today is the least of your worries! It doesn’t make you hot or cold anymore.

9 – You no longer send fiery SMS

SMS messages full of love, of “I love you”, “I miss you”, “you are the man of my life”, have definitely disappeared. They bequeathed their place to purely utilitarian text messages: “don’t forget to buy toilet paper and a box of tampons”.

10 – His manias make you unbearable

His manias that once amused you are now unbearable to you. He spins the spoon in his coffee for a good three minutes, he exhales a big “Aaaaaah” after having a drink, he never washes his hands after going to the bathroom… You can’t take it anymore! 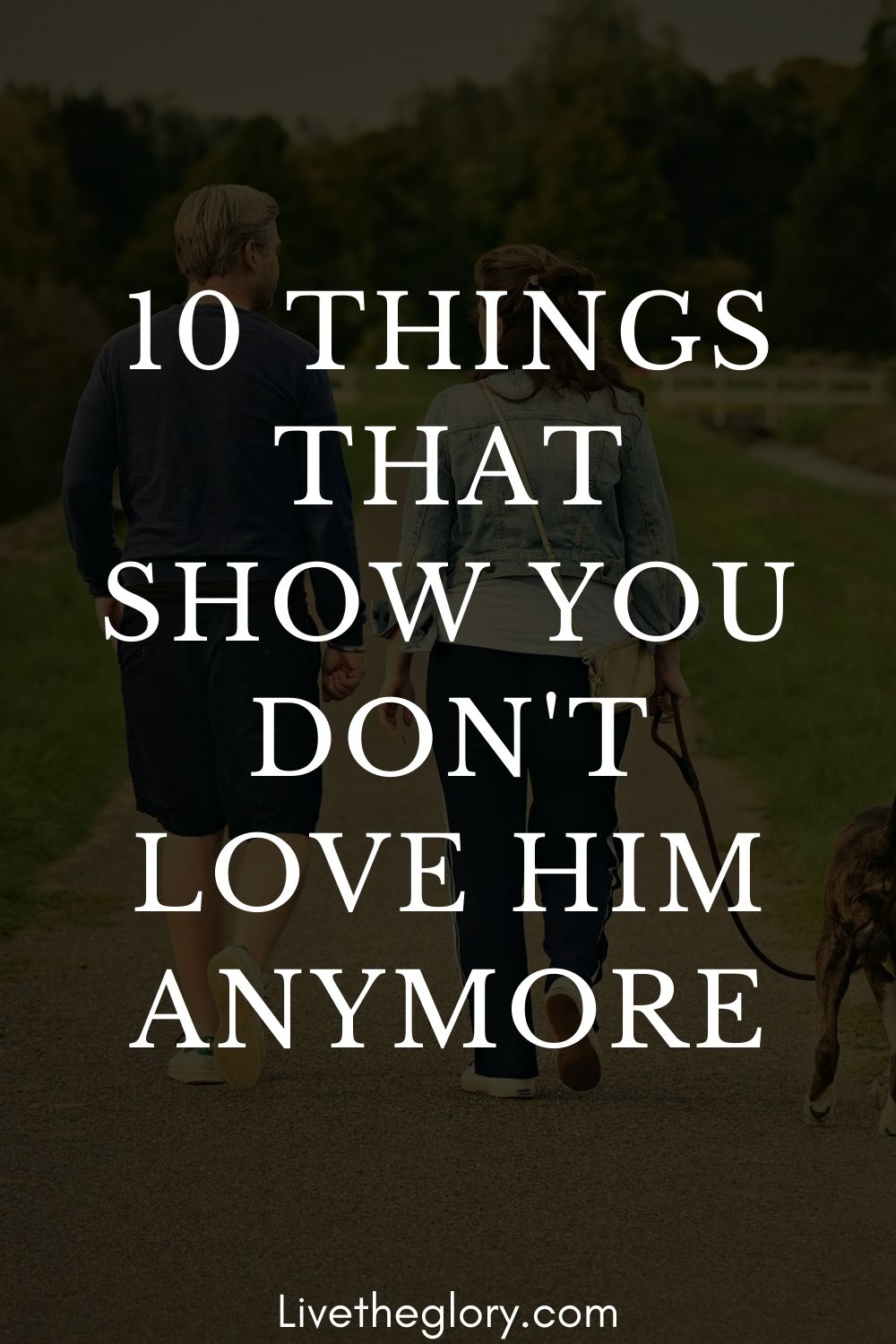