The phrases that will never leave the mouths of men!

Unlike women, men find it difficult to express themselves and communicate with their partner. There are things that they desire, that they think or that they once thought of without ever daring to admit them. Then discover the subjects where men never dare to venture!

1. Your mother, she annoys me

So as not to upset you, when your mom suddenly shows up at your house, your man greets her with a big smile and goes out of his way to be nice to her. But deep down, he’s fed up with incessant visits from your mom, but also with her malicious criticism and her midnight calls. In short, stepmom is insufferable and annoys him, but he keeps it to himself, because he loves you.

2. I ran into my ex yesterday

Talk about their exes! Few of the men manage to freely discuss their past loves with the official. So, when your man has seen one of his exes, he doesn’t tell you, even if he wants to, because he is afraid of the consequences of his disclosure. Also, he prefers to be silent so that it does not end in a long love dispute.

3.You wear the same perfume as my ex

As luck would have it, you wear the same flagrantity as her ex, and it reminds her of things. But this little detail that he noticed, he will never dare to share with you, because he does not want to stir up your anger by awakening the beast that lies dormant in you.

4.You wouldn’t be pregnant by chance

With your mood swings, Jules thinks you might be pregnant, but he’s keeping that to himself because he knows this revelation is going to piss you off. Also, what you hear behind this phrase is that you have gained weight. So he swallows his words so that it doesn’t turn into a nightmare.

5.I hate your girlfriends

Jules will never dare to admit that he doesn’t like your friends. You spend a lot of time with them, you share everything, and you don’t hide anything from yourself. So, he is afraid that some intimate details that must be kept secret and that only concern the two of you will escape your mouth during your girl-chat.

Yes, Camille is super pretty, with beautiful curves, a perfect complexion… she has everything to please men, and Jules included. So every time, he devours her with envy. But that, never, then never, he will tell you, because he does not want you to throw a fit of jealousy which can end up destroying your story, but also your friendship with Camille.

Your man will never dare to say this phrase whether you have jackal’s breath, a bad smell of sweat, or a sickening discharge. However, he will try to say it tactfully or make it clear to you in other ways, perhaps by giving peppermint gum or by offering to take a shower together … if he does not take it all. the tangent without saying a word!

That is surely the sentence that kills… hope, dreams, and projects. She’s the one that can ruin everything in just fractions of a second. Your man will never venture to combine the words “fear” and “commitment” for fear of the repercussions this can cause. So, in order not to spoil everything, he prefers to use less dangerous words like “one day, later, not now …”

9.Stop calling me every hour

This sentence, you will never hear it come out of your darling’s mouth, even if you call it for nothing a hundred times a day. But he keeps it to himself so as not to offend you. Since he doesn’t know how to tell you to stop calling him all the time, he only answers a few of your calls.

10.You wear too much makeup

When she really wants to be on top, women tend to overdo it, and men notice it even if it’s not their cup of coffee. What is certain is that he will never tell you the bottom of his mind when it comes to your makeup at the risk of causing a scandal that will last for hours since you took a long time to transform your face…

11.I prefer my mother’s dishes

When you have time, you love to cook in the stove to cook his favorite dish, but the truth is, for him, it’s not as good as his mother’s. Of course, he appreciates your gesture, but he will never admit that his mother’s dish is much more delicious at the risk of screwing up the evening. 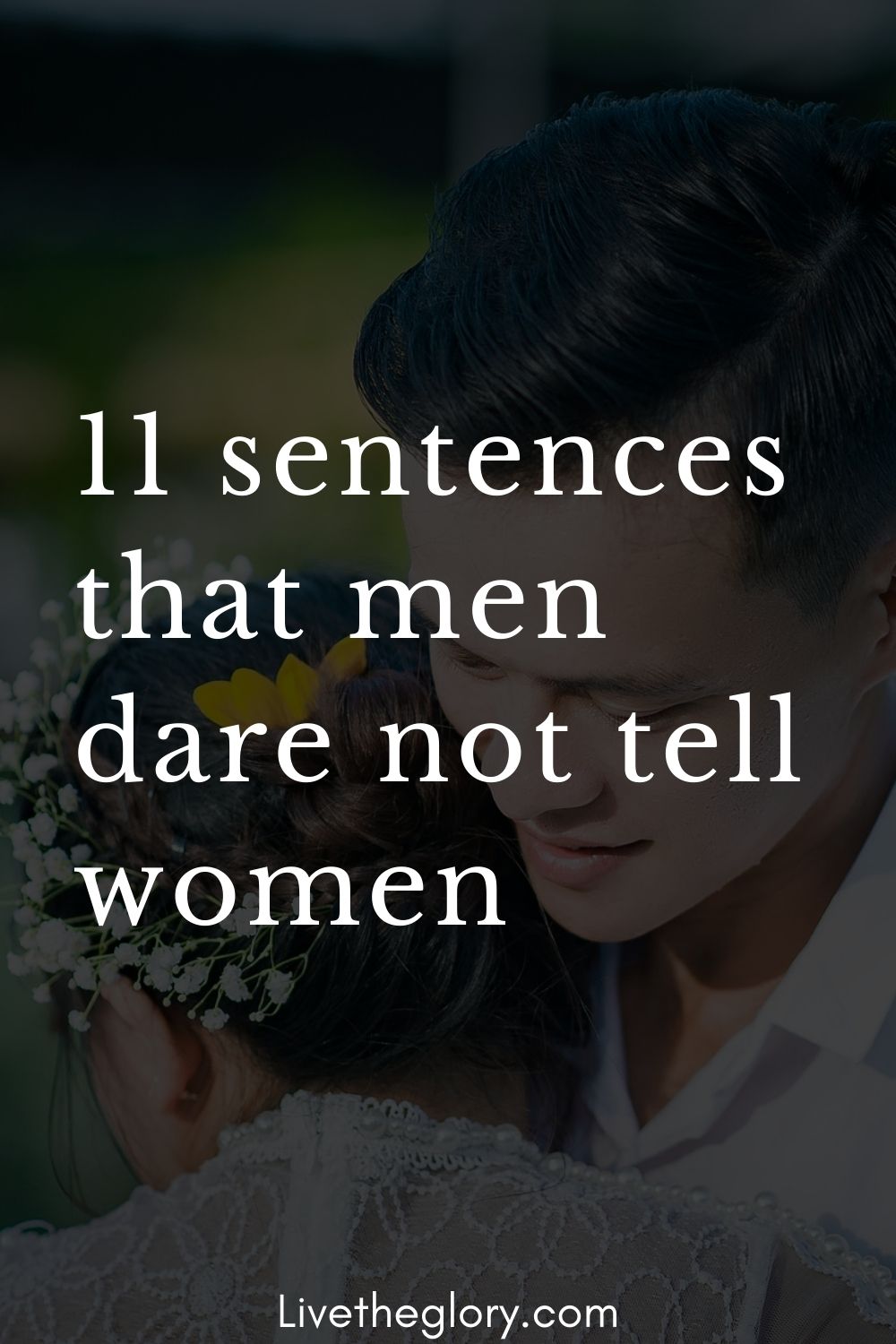