All about shy girls!

Do you find shy girls mysterious and difficult? Granted, they’re a little different from the rest, but they’re not that complicated if you know how they really work and how to communicate with them. If you want to seduce a shy girl without taking the lead too much, read on, and it will be easy for you to approach her and enter her bubble.

1. She likes to be alone

The reserved girl is very independent, it is her very nature to be lonely. She enjoys being with the person she loves and who loves her, but she also appreciates the moments of solitude from time to time to find herself calm and to rejuvenate herself. It doesn’t mean that she is afraid of others, rejects them, or doesn’t like having company, but it does take time on her own.

2.She has confidence in herself

Self-confidence and shyness are very different, so don’t confuse them. A girl can be both reserved and very confident. Even if she finds it hard to open up to others, that’s no reason to question her self-esteem. Her character does not make her a hesitant woman, know that she knows very well what she wants.

3.She needs a lot of confidence before she opens up

To reach out to others, the shy girl needs a great deal of confidence. What is certain is that she does not open up to someone easily. If she talks about her fears, her doubts, her family, or her plans, it is because trust is well established and that she wants the relationship to evolve positively. Know that it’s a real privilege to be the guy she trusts.

4.She loves to have fun

You were wrong if you thought that a shy girl can’t have fun. Keep in mind that shyness does not rhyme with sociability. She loves to party with her friends and her boyfriend. She also enjoys socializing, but she needs time to really adjust, more so, she loves the company of extroverted people. It reminds him that he has to relax from time to time.

5.She doesn’t like to be the center of attention

What the shy girl hates the most is that she is the center of attention and all eyes are on her, so never ask her to sing in karaoke in front of 50 people or so. ‘exhibit in the middle of the dance floor. Loving it and wanting to show it off doesn’t mean it has to get all the attention of the crowd. Do otherwise, say with small intentions, and be simple with her.

6.Stop telling her if something is wrong

A shy girl, when she meets a boy she doesn’t really know, doesn’t talk too much, and always has a hard time starting a conversation. When she doesn’t say a word, stop thinking that she is sulking or sad, and never ask her if something is wrong. Don’t worry, it’s not about you, but it’s her nature to be low-key and calm. If ever it was wrong, she will tell you.

7.she’s shy, but that doesn’t mean she needs a shy man

“Who gathers assembles,” you say to yourself, this is not the case with shy people. Two shy together would be weird, right? A reserved girl knows very well how she functions, and she doesn’t need her double all the time. What she is looking for is a man who complements her and helps her overcome her shyness. Being with an outgoing person allows them to see things from a different perspective.

Paying all the attention to herself, the shy girl doesn’t like it, she prefers that it is others who hold her attention, not the other way around. Very often, she forgets herself for the benefit of those who are dear to her, and she likes to listen to them instead of showing off. This is how the shy girl thrives, she is happy when others are happy.

9.To really know her, you have to be patient

A shy girl likes to take her time in a relationship, she’s like that, and that’s it. So, above all, we must not rush things with her or cut corners. She does this because she wants to do it right and she cares about you and the relationship. Savoring every moment and enjoying every step of the relationship is what she asks. So be understanding and patient with her.

A shy girl appreciates face-to-face discussions very much, she finds it very difficult to be comfortable in a group. So, during the first dates, avoid calling her if you are with your group of friends. When you are alone, talk about a simple topic in which you have a common interest. On the fly, don’t make the conversation last, as she isn’t too keen on talking for fear of saying something awkward.

11. The shy girl doesn’t like to be caught off guard

When you’re dating a shy girl, schedule dates. If you offer to take her out and take her by surprise, she is likely to refuse. It doesn’t mean that she doesn’t like you, but it’s just that she appreciates knowing what to do in advance. Before a date, she needs time to mentally prepare herself. It is best to organize the outings 1 or 2 days in advance. 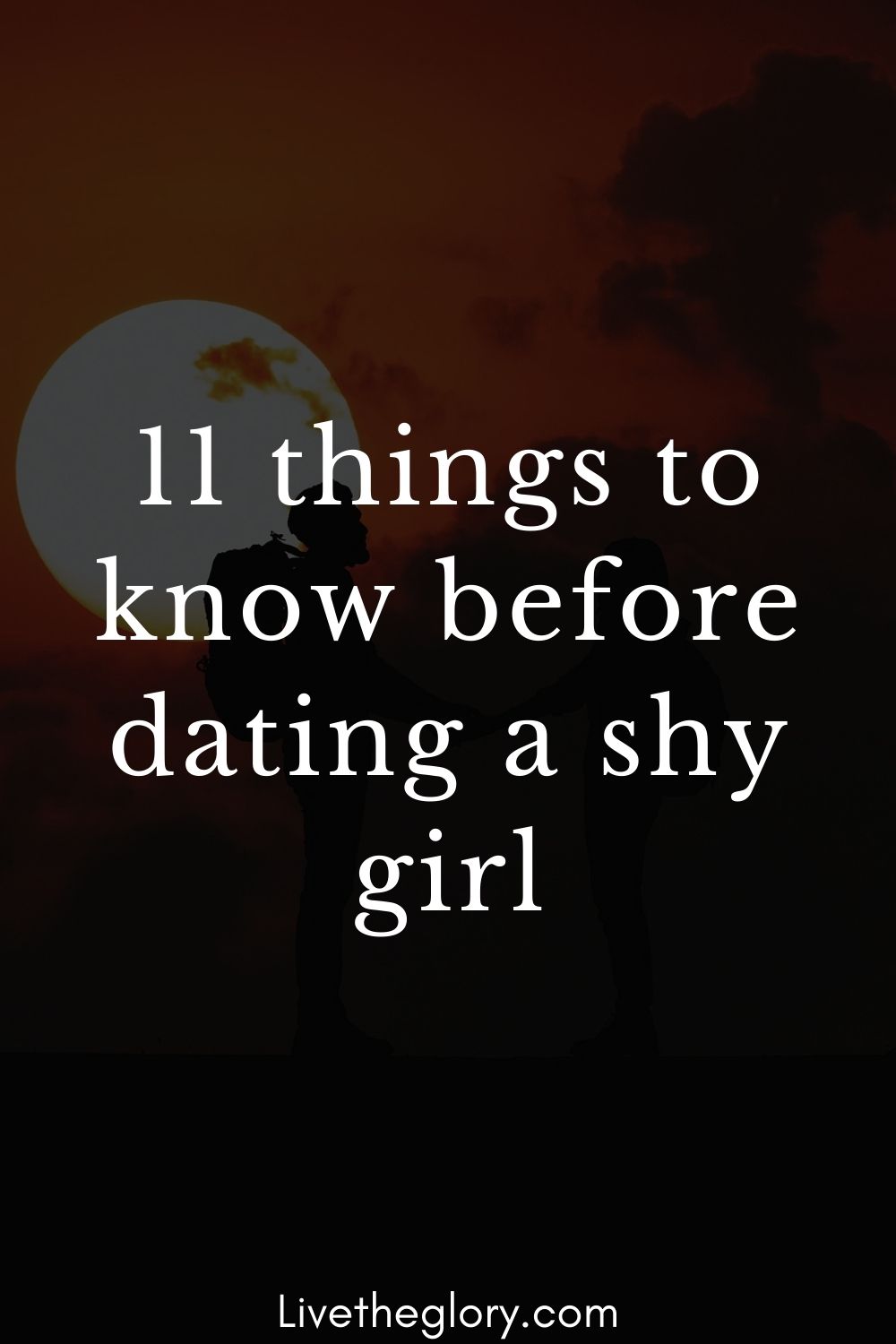