He is ready to take the next step!

Buying yourself flowers, paying for dinner, maintaining constant eye contact with you during dinner – all are classic signs that someone has fallen for you.

These signs are so blatant that it is impossible to miss them.

But romantic relationships are not always so black and white and finding out whether the feelings of a potential partner are sincere or not is not that easy.

In addition to the obvious signs of affection, there are others, a little more unexpected but indicating, however, if someone loves you more than you thought.

Since relationships are as different from each other as are members of that relationship, it is impossible to generalize these signs to everyone in order to know whether or not your partner is “crazy about you”.

The behavior of a potential partner when he is with you can be completely different from that which your ex adopted at the beginning of your relationship, which can make you wonder whether or not he likes you.

But believe it or not, these nuanced, subtle signals that you don’t necessarily expect are indicators of someone’s feelings, just as powerful as the big gestures or classic flirting tactics.

Instead of giving up because your new boyfriend is not giving you the signals you expect, take a step back and analyze his behavior in light of these unexpected and yet crucial signs to know if he likes you or not.

1. He keeps his promises.

In the beginning of a relationship, many people focus on building trust and going to great lengths to keep their promises.

Although many people expect lavish promises from the start of a new relationship, the Huffington Post notes that the opposite may also be true.

The site notes that if someone you’re dating goes to great lengths to make sure they call when they say they will call, or keep their promises in some other way, it’s because the relationship has some importance in his eyes.

Although passion and speed can be common from the start of a relationship, Thought Catalog teaches us that slowness is not a bad thing in relationships.

In fact, if someone wants to take their time, it is probably because their fear of spoiling everything is greater than their desire to know you intimately.

3. He cultivates a friendship, at first.

Like taking your time, the fact that you were real friends before going to the romantic stage is a sure sign of his affection for you, affection visibly deeper than a simple crush.

4. When he is with you, he is strange and awkward.

In the event that he is calm, cool and confident with everyone except you, Elite Daily points out that the reason is simple: he probably likes you more than you think.

It is common for people to not know how to behave in the early stages of a relationship, even when everything seems to be going well.

5. He acts stereotypically when he is with you.

In one of his coaching videos on Youtube, couple coach Clayton Olson describes “stereotypical” behavior as strange behavior that our potential partner can sometimes adopt at the beginning of a relationship.

This, he explains, means that he will follow a preset formula when it comes to your interactions, avoiding spontaneity or situations in which he would not feel comfortable.

While this may make you feel overly shy or boring, it is only a way to mask this initial anxiety associated with being out of your comfort zone.

6. It reproduces your “movements”.

Mimicry refers to much more than compassion (the way we stumble backward and forwards, with compassion, when someone is hurt), it is also linked to affection.

A study conducted by the American Psychological Association points out to us that subtle mimicry is a sign of attraction in human beings.

7. He would be willing to do much to be by your side.

Is he able to drive for long hours just to be with you for a short while?

If things that usually seem very disturbing are not for him, chances are you have made his head spin. 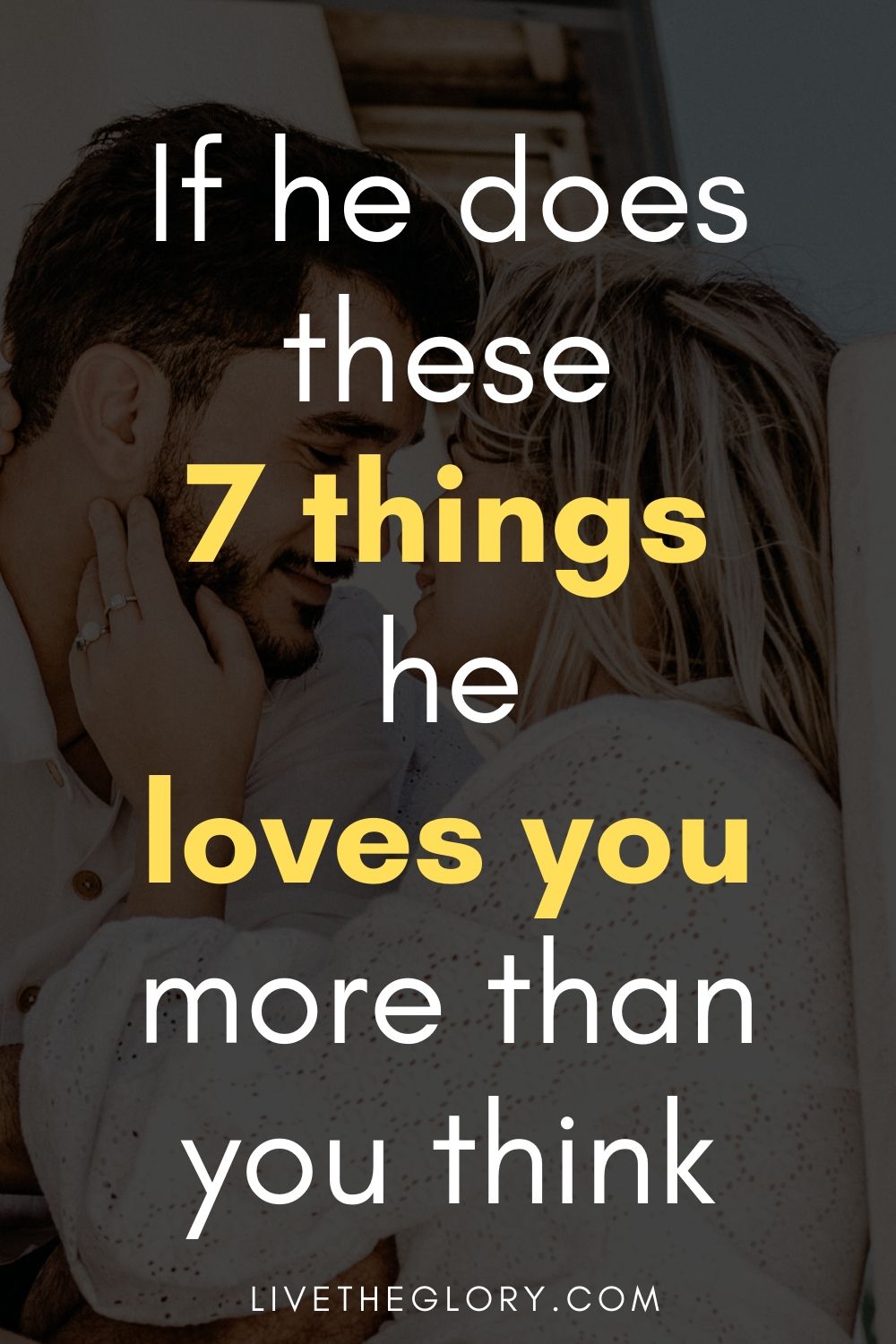