Even if this person has a good heart but loses confidence in you, they will distance themselves

The problem with good-hearted people is that they believe everything you tell them.

They want to believe that everyone is being honest and genuine and with the best of intentions.

Even though they’ve seen the world in front of them, they choose to see the best in people no matter how many times you let them down.

This person will give you chances until you prove yourself.

She will bend over backwards for you and do whatever she can for you without thinking twice.

She is not naive, she has faith.

But she deliberately chose each day to go against everything she has seen and known.

But even the best of hearts and the best people get tired. These people start to wonder why they end up getting hurt every time.

She won’t change, she will let you go.

But instead of letting others change her, she just lets go of the person who makes her feel like she’s not up to it and not good enough.

And she will be shattered for being wrong about you and losing faith in you.

Truly, when a good-hearted person lets you down, they break their heart to go away. She looks over her shoulder in hopes that she can turn around and that the next chance she gives you will be good.

She didn’t leave because she didn’t care, she left because she couldn’t keep trying to convince you to take care of her.

This person respects you, that’s why they gave you a lot of chances, but they respect themselves even more, so they decided to walk away. 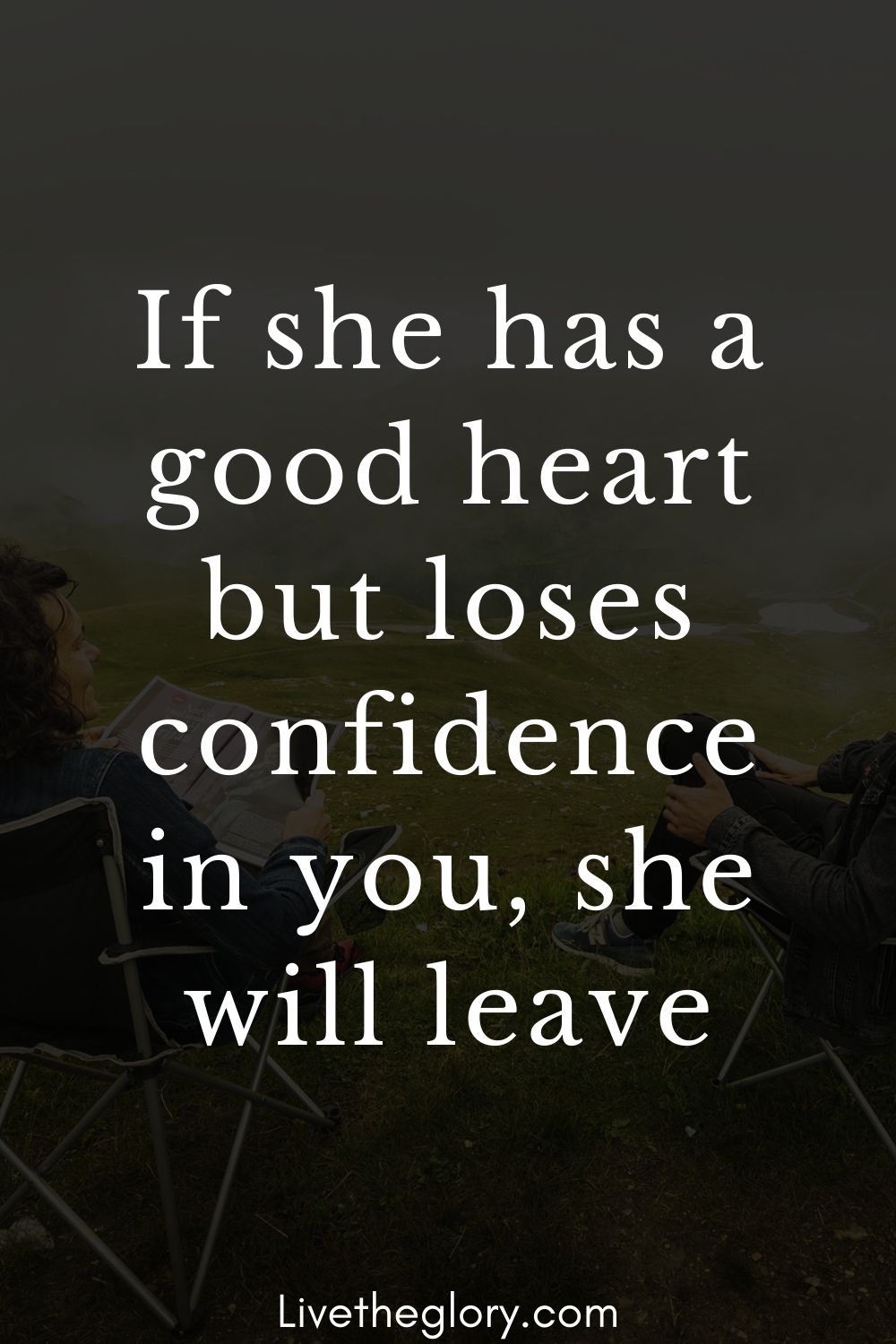