When we separated , I felt like the whole world was falling apart under my feet. I felt like I had lost a huge part of me … Lost along with him.

I lay down in my bed at night and thought of him, wondering where he was and if he had met anyone else. Other times, when guilt took hold of me, I thought about all my mistakes.

All the gifts he gave me and all I have left of him are there, in my room, safe. I never threw anything away. The sweater he gave me still smells and I still sleep with a T-shirt he forgot at my house.

We separated 4 years ago, but I still feel its presence.

During these years, I went out with other boys and we found ourselves in a place of “us”. But I never felt like I felt with him. Something was missing every time.

Even certain dishes make me think of him, since it was he who made me discover them. And when I drink wine, I also think of him if he is his favorite.

Everything reminds me of him, every corner of my apartment, every place in this city.

The more time passes, the less people talk about him. They no longer ask me if I know what he is doing or where he is. It’s like they forgot it completely, but I never forgot it. It has always lived in my mind, wherever I am and whatever I do.

The hardest part was on my birthday and his birthday. Celebrating my birthdays without him was painful. Laughing and pretending to be happy without being able to hear her “happy birthday, darling” was difficult.

All of our photos on social media had been deleted. There was no longer any evidence that he had been mine. That I had been hers. We were happy together. That my heart still belonged to him.

People asked me if I was still thinking about him and doing so made me suffer even more. I heard a quote that I will always remember: “What is meant to be will always find a way to happen.”

I never stopped thinking about him and hoping that one day we would be together, because I know that when two people are destined to be together, they end up meeting.

So I waited. I waited patiently. Wherever I went, I imagined him by my side, holding hands. Because I missed him terribly . I only dreamed of him.

Then one day my greatest wish came true.

He came back to me . Fate returned it to me. And so, I was full of happiness, enthusiasm, love, but also fear and disbelief. I couldn’t believe he was mine again.

But we took our time. We went slowly, of course. And after a while, things got back to how they were; even better. I felt like we had never been separated. I had the impression that these 4 years without him had never existed.

But I didn’t care. He was the only one who mattered. He was everything I wanted and everything I needed and there was no way I could let him go again.

It was impossible for me to let someone showing me what real love was go away. The one who made me what I am today. The one who was and still is my everything.

Thanks to him, I feel complete and fulfilled.

Thanks to him, my life has meaning. 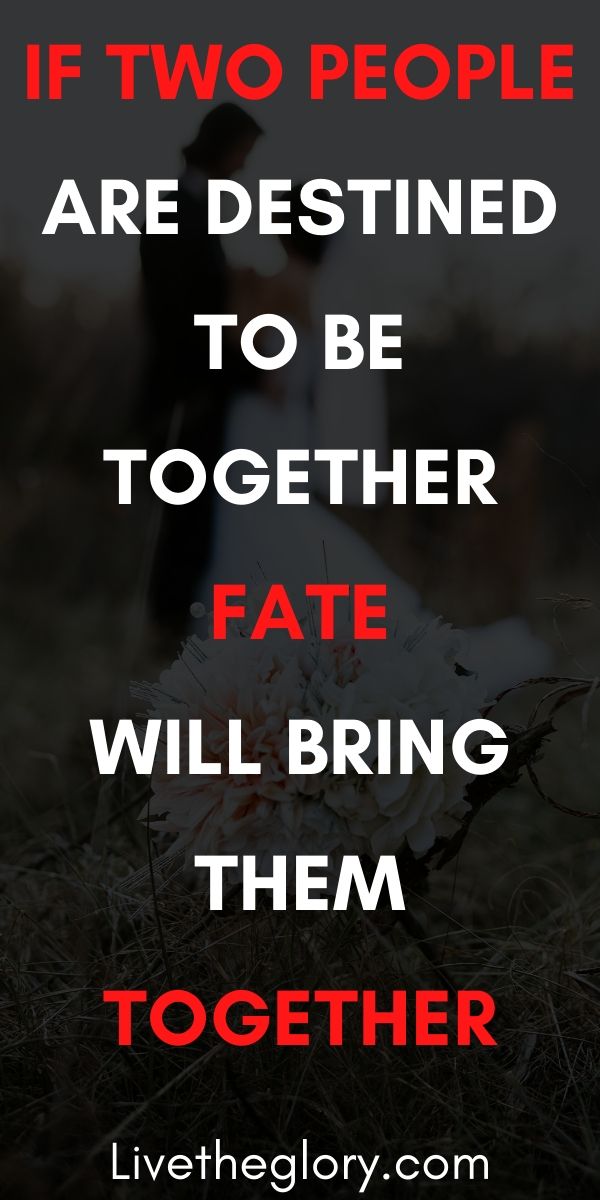