If two people are meant to be together, they will eventually meet

But for a long time I felt like I was missing an essential part in me to be who I was. I would wake up and roll over in my bed after dreaming about you. I stood there for a while thinking about all that I had done wrong.

I never touched the sweatshirt you gave me that’s in the closet. Your favorite book was gathering dust on the shelf. And the photo booth photo that has aged over time was starting to fade like we have over the years.

Over the years I have brought many other boys to the place that was once ours. But I was still asking not to sit where we sat the first time.

There were always foods that reminded me of you because you were the only one making me try them.

There was always beer, I drank it thinking of you because it was your favorite.

People have stopped using your name in conversations. People stopped asking me where you were or what you were doing. Everyone except me.

And every birthday I hesitated to text you and call you but I was afraid of what I was going to find. I was afraid to find out that you hadn’t missed me at all.

Our social media presence did not exist and all the signs that showed you were a must have in my life weren’t tagged but they weren’t forgotten because I always thought of you and felt empty when I was thinking about it too much.
But the truth is, you took a piece of me with you when you left.

What you didn’t know was that I always prayed for you, asking God for you to come back. Every year, I always sent another card or another letter hoping for a response from you. And people would ask me why I was still trying and I wrote a quote on my wall and read it everyday.

“When someone is in your heart, they’re never truly gone. They can come back to you, even at unlikely times, ”(Mitch Albom)

They asked me how many letters I had written to him. 1 per year for the last 5 years.

5 years. 5 years old and I could still see a reflection of you through me. Seeing the parts of me that made up the person I was because of the love you gave me, the things you taught me, and the person you were to me. The truth is, I was myself and a person that I became proud to be, but it was thanks in large part to you that I became that person. And if you stripped me of it all, you’d see a piece of yourself too.

My life was starting to progress as it had for years.

Then that day came. Your name appeared on my phone like I always wanted. I was somewhere between excitement and fear and disbelief I didn’t realize you were back.

Small conversations turned into plans. And I found myself looking at myself in the mirror over and over again having to be able to see your reflection. A million questions crossed my mind, but for some reason the answers don’t matter. All that mattered was that we were together again.

I ignored the skeptics because I didn’t care what they thought. You were the only one that mattered.

And in a crowded room with people singing and a celebration going on, I looked at many faces around, then I saw you. For the first time, I felt that nothing was missing in me. For five years my heart was whole again.

Because you were more than someone I loved at the time, you taught me that love doesn’t fade over time. You taught me that love is strong enough to overcome time, circumstance, and heartbreak. But despite the doubts and questions, I never gave up. While many could not understand and neither did I at times, I never stopped believing in your return.

I’m looking at you now and people say I’m happier. The truth is, I’m the happiest when you’re by my side. 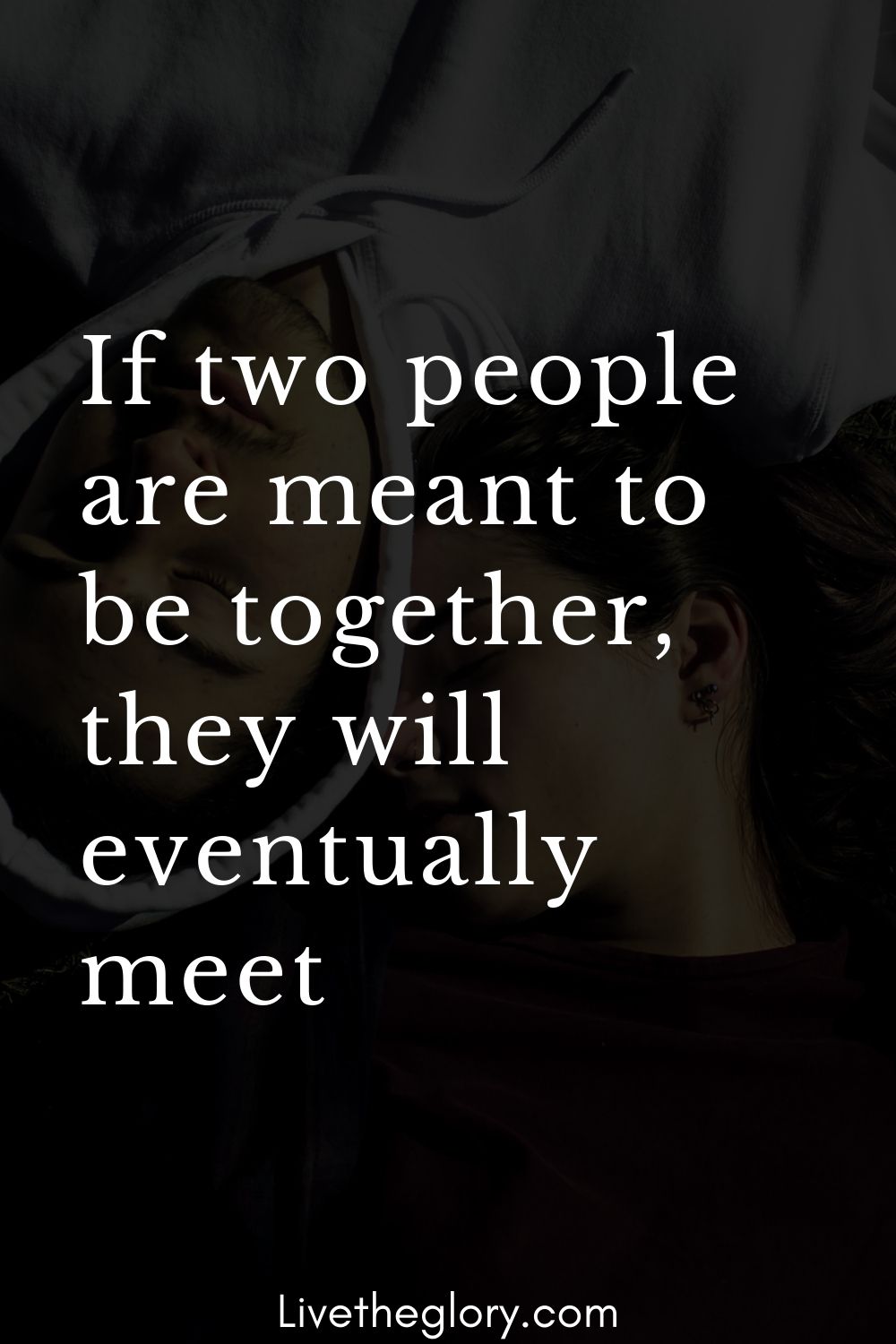