Being a bookworm is naturally seen as a lonely pastime.

After all, unlike television, you can hardly read a book with a group or even with another person. People who read a lot of books are usually labeled as loners and introverts.

Science tells us that these labels can be fake. According to research, people who read a lot of books and more specifically fiction tend to display more social behaviors and are more empathetic.

This conclusion is based on a UK study from Kingston University in London. The researchers asked 123 people about their reading habits or what they watched on TV. They also noted which genres they liked: comedy, sci-fi, novel, or drama.

The researchers then tested their social skills, asking questions such as:

You would think that those who prefer to watch television would exhibit more social behavior. It would make sense. Due to the massive influx of books, it is more likely that two people watched the same show rather than read the same book.

However, the results showed the opposite. Those who read books versus viewers came out on top with more empathetic behavior. They also found that those who primarily watched television actually displayed more antisocial behavior.

What’s interesting, as researcher Rose Turner noted, is that “not all forms of fiction were created equal.” Readers of fiction showed the best social skills. Specifically, when broken down by genre, it was found that those who read comedies are the best at people. Romance and drama lovers were the most empathetic and good at seeing things through the eyes of others.

These findings on people who read a lot of books are fascinating, but they raise the old question “who’s the hen or the egg.”

Perhaps viewers who think they could have more empathy can make their own experience. Read fictions and observe the changes in yourself. 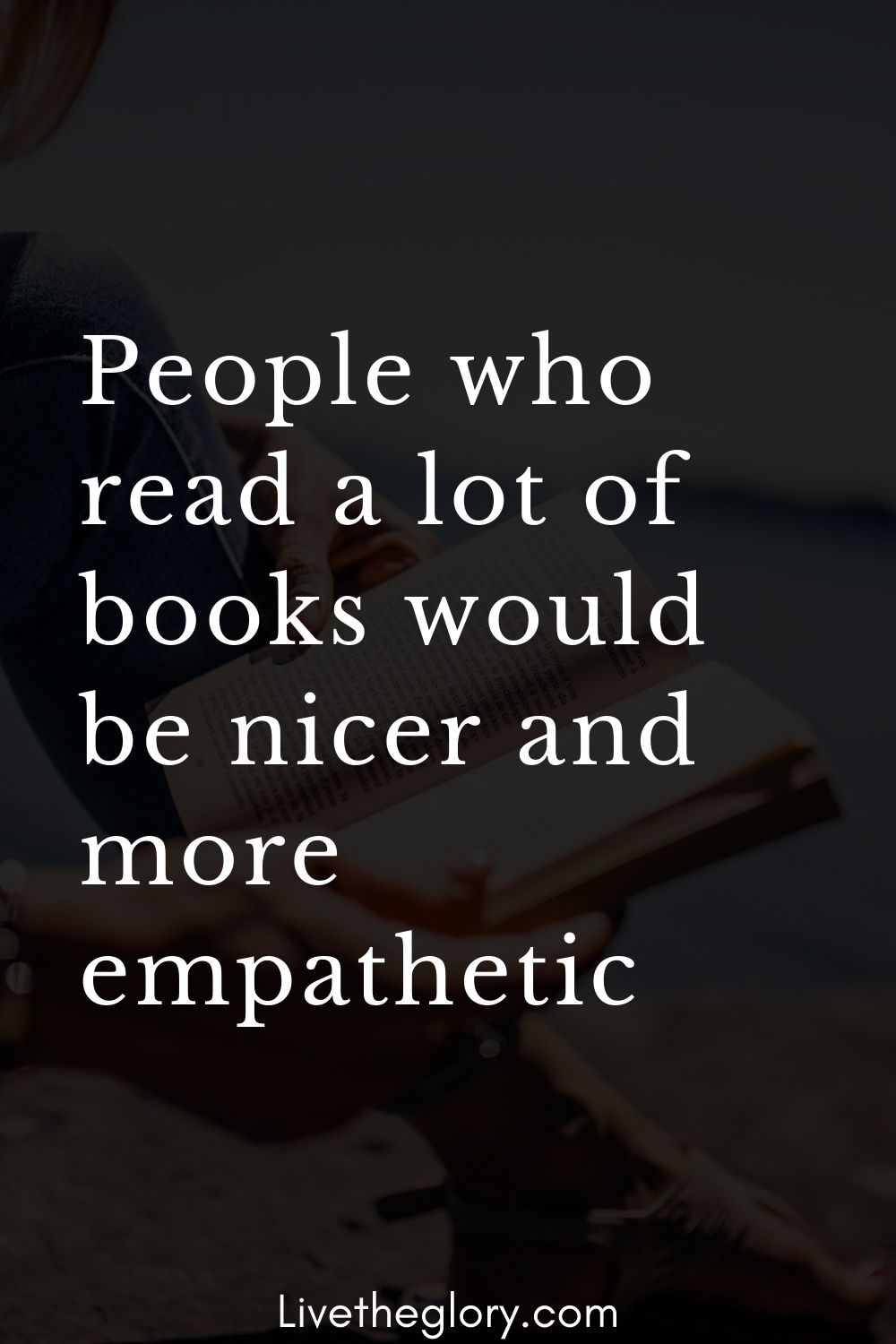