That some things are unpleasant in a couple relationship is not necessarily a bad thing. Remember that married life is rarely a sweet journey. Your couple will inevitably encounter zones of turbulence from time to time. You will simply have to overcome the crises, from which you will only emerge stronger.

One of the tips for your couple to overcome difficulties is to try to always see the bright side. The fact that some aspects of your relationship are unpleasant does not mean that nothing good can come of it. Here are some of the signs that indicate that your relationship as a couple is healthy, although at times it is uncomfortable.

1. You question his intentions, unnecessarily.

You have known a lot of disastrous stories in the past and you think that all men are the same. You think they are going to lie to you and cheat on you in order to gain your trust but this time it’s different.

2. You always expect it to disappoint you, but it proves you otherwise.

You have been disappointed in the past. Some of your relationships have broken you up. You think you need to prepare for the pain that your future relationships will inflict on you. And yet the pain and disappointment will not be there.

3. You don’t believe his promises but he always keeps them.

You had to endure, over and over again, the sorrows caused by broken promises. This time, you are therefore trying to immunize yourself against this kind of vulnerability. But somehow this boy sticks to it. He truly keeps all the promises he made to you.

4. You are ready to play, but he is not playing.

You have already given. You may even have played better than some in the past. You know how the game works and the risks involved in playing it. But he is not a fool, he is not playing. You are more than a game in his eyes.

5. He makes you realize how unlucky you have been in the past, by behaving differently from everyone else.

By being with him and thinking about your previous stories, you are terribly unhappy because he allows you to achieve everything you have missed. You have spent time, forced to endure toxic relationships but this time everything seems so easy that you wonder how things could have gone so bad before.

6. He tells you to be sorry, even when you don’t expect an apology.

You are not used to men who apologize to you. All the morons with whom you’ve dated so far thought they were exempt from the “apology phase”. But this man is different. He tells you to be sorry, even when you don’t expect an apology. He recognizes his wrongs and this on his own.

7. He is patient with you because he knows you are not ready to let your guard down.

It never forces you to do anything that makes you uncomfortable. He will never force you to reveal your soul to him if you don’t want to. He shows immense patience and this is unfamiliar terrain for you. You are used to men trying to manipulate you and make you do whatever they want.

8. You argue but he never lets you go to bed without things being settled.

In your previous relationships, you used to manage disputes and disagreements by hiding them, hoping that they would disappear. But this time it will not be so easy. He will try to resolve each of the conflicts you have. He wants no bitterness to settle between you.

Even when you are freezing, he seems ready to reward you with his warmest smile. You know you don’t deserve such treatment when you are rude to him, and yet he does it anyway.

10. You expect him to lie to you and yet he is always honest.

You are used to men who constantly lie to you to get what they want. But this man is determined to tell the truth, whatever the consequences, because he respects you enough to be honest on any occasion.

11. You now understand what it means to have someone who really matters.

You had never been so invested in a relationship. You were attached to your companions but nothing more, this time it is different. This time, you know it’s real and it scares you terribly … 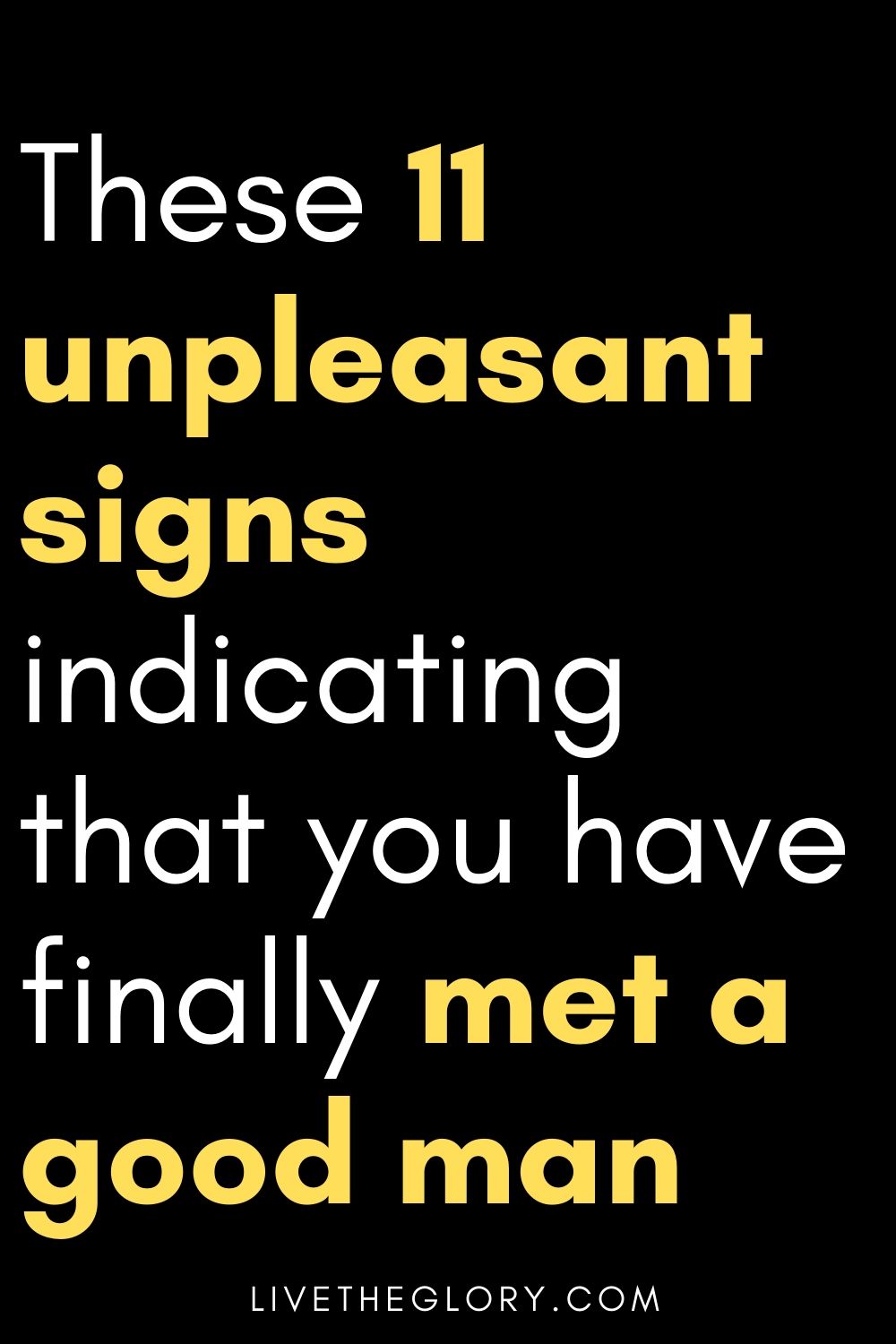