When we ask our man what caught his eye the first time he saw us and he replies “your personality and your laughter”, it’s funny, but we would tend not to believe it at all…

It is well known: when a man looks at a woman for the first time, his eyes are inevitably drawn to her br**asts, her bu**tocks, her weight. Unless … a recent study published in the Daily Mail could well make us change our minds about men!

Surprise: men are not (all) big libidinous perverts who think only of “that” and who undress us with their eyes as soon as we have our backs turned (which is the case to say).

And yes: the first thing a man looks at in a woman when he sees her for the first time are those eyes. Not her br**asts or her ass. In any case, this is what 70% of men declare (well, they may have lied so as not to pass for big libidinous perverts, but what if we believed them?) When we ask them the question. Let it be said: men, under their tough looks, are above all great romantics who seek to drown in the beautiful gaze of their beloved. Adorable!
But nonetheless: faced with a plunging neckline accompanied by a push-up bra, men still have trouble looking us in the eyes!

So there, these gentlemen are starting to surprise us! Because unlike those who believe that after having looked at our eyes for a long time, men descend directly much lower, we answer: error! The second thing that interests men when they meet a woman is her smile.

At the same time, it’s quite logical: a smile is a great indicator of the morale of the person in front of you. So if they see us smiling and laughing at the other end of the bar, they’re going to be like “okay, she looks in a good mood, maybe I can take a chance and go approach her”.

Well, and still, our chest!

Ah, we were starting to wonder what was happening to them! On the third place of the podium of things that men look first in a woman, we find … br**asts. Well, that’s finally quite logical, because for a man the chest is the symbol of femininity, no more and no less.

Good news: weight, legs, and b**ttocks come in 4th, 5th and 6th place respectively. This means that a charming and pleasant woman for a man is not necessarily a woman with a model body and legs that are 2 meters long  ! Rather, she is a woman with a bewitching gaze, a pretty smile, and who seems in a good mood. Okay, and if she put on a wonderbra, that might help too! 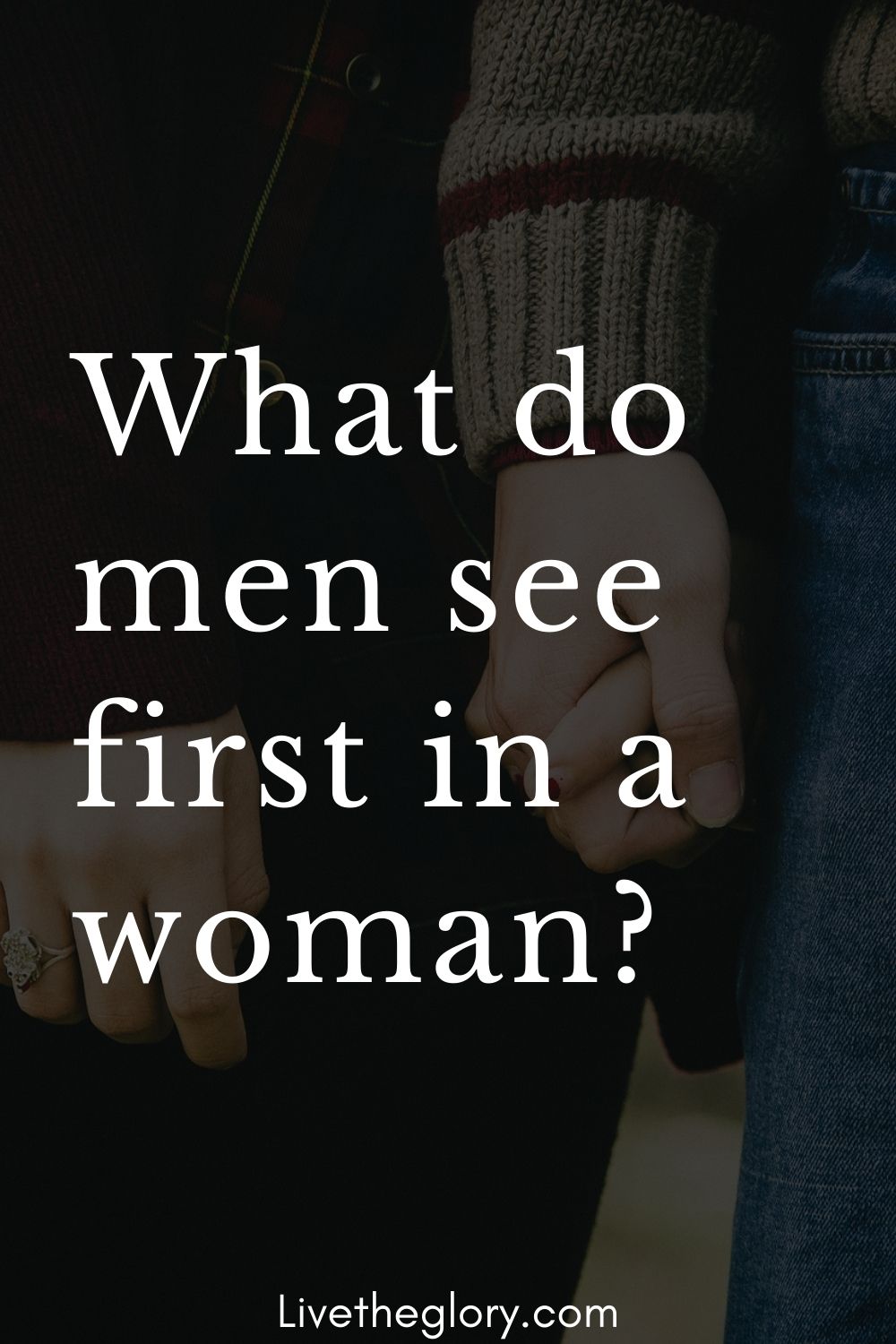